This impact indicator only applies to PAYG companies. Assuming that for every solar installation installed, there is one household benefiting from its new or improved access to energy, the number of households powered equals the total number of installations.

The family is very happy with it, especially now that the children are unable to attend school due to the Corona measures. They can watch different classes on the Senegalese national channels. In the beginning we had a problem with the signal but after a call to the client service helpline, their agent Tamba (also on the picture), came to reposition the satellite disk and the signal improved.

They have a monthly payment plan, and every month they make a payment with Orange money via phone. With the new solar system, they are able to charge all their phones, have lights in their home and watch the news at the same time. 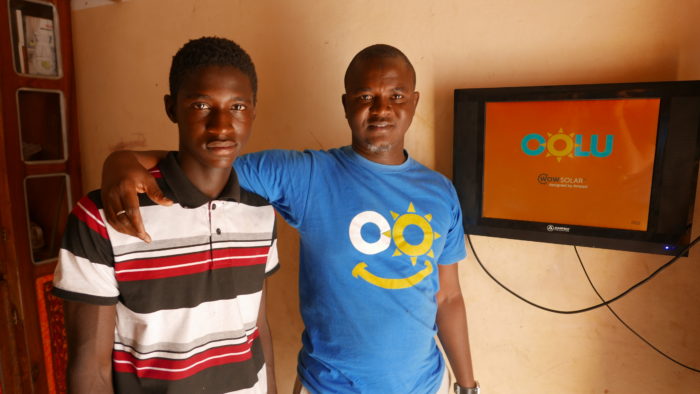