We support great entrepreneurs in transforming their visions into profitable businesses. This not only helps them to provide better access to energy as well as environmental, health and education benefits to people on the ground, but also enables them to create new jobs. Keeping track of the jobs created across our investments is in some ways the most direct way of showing our impact.

Employees are key to upOwa’s impact in rural villages

Employees are key to upOwa’s model to raise awareness, distribute and install solar home systems in rural villages. Merveille joined upOwa in 2018 and she is truly a model of internal promotion and women’s empowerment at the company. She has a technical background (she graduated as a renewable energy engineer) and she first applied as a technician. After a few months, she moved to a commercial role after participating in upOwa’s sales training. A year later, thanks to her outstanding field performance, Merveille was promoted as a sector leader in charge of managing five commercial agents.

Since December 2019 she has been promoted again as department manager and manages a team of seven sector leaders. Merveille is today responsible for all commercial operations in the region where upOwa has the most sales & active clients. Indeed, she has all the skills required for success in that position : technical & commercial knowledge, a significant and successful experience on the field and a strong optimistic spirit. When you ask her what’s her secret, she simply answers that she is convinced by upOwa’s model which brings light to people who need it in a way they can afford.

For her, being a woman is an advantage on the field thanks to the confidence and sympathy women inspire though she faces some challenges with a patriarchal system and some men reluctant to accept women in higher hierarchical positions. She deals with it through dialogue, focusing on  shared value among upOwa employees, and a common goal to “power people now”! 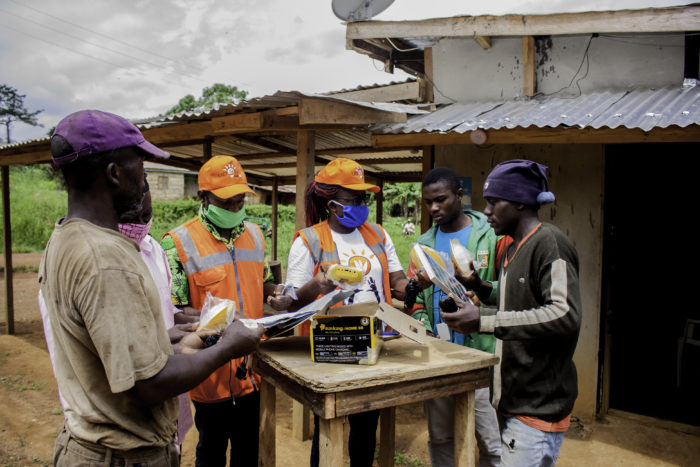